“We checked out this TT LSx powered Dodge Ram at last year’s Holley LS Fest and it caused quite a stir. Check out this year’s passes as the guys have made more than just a couple of changes and improvements!” 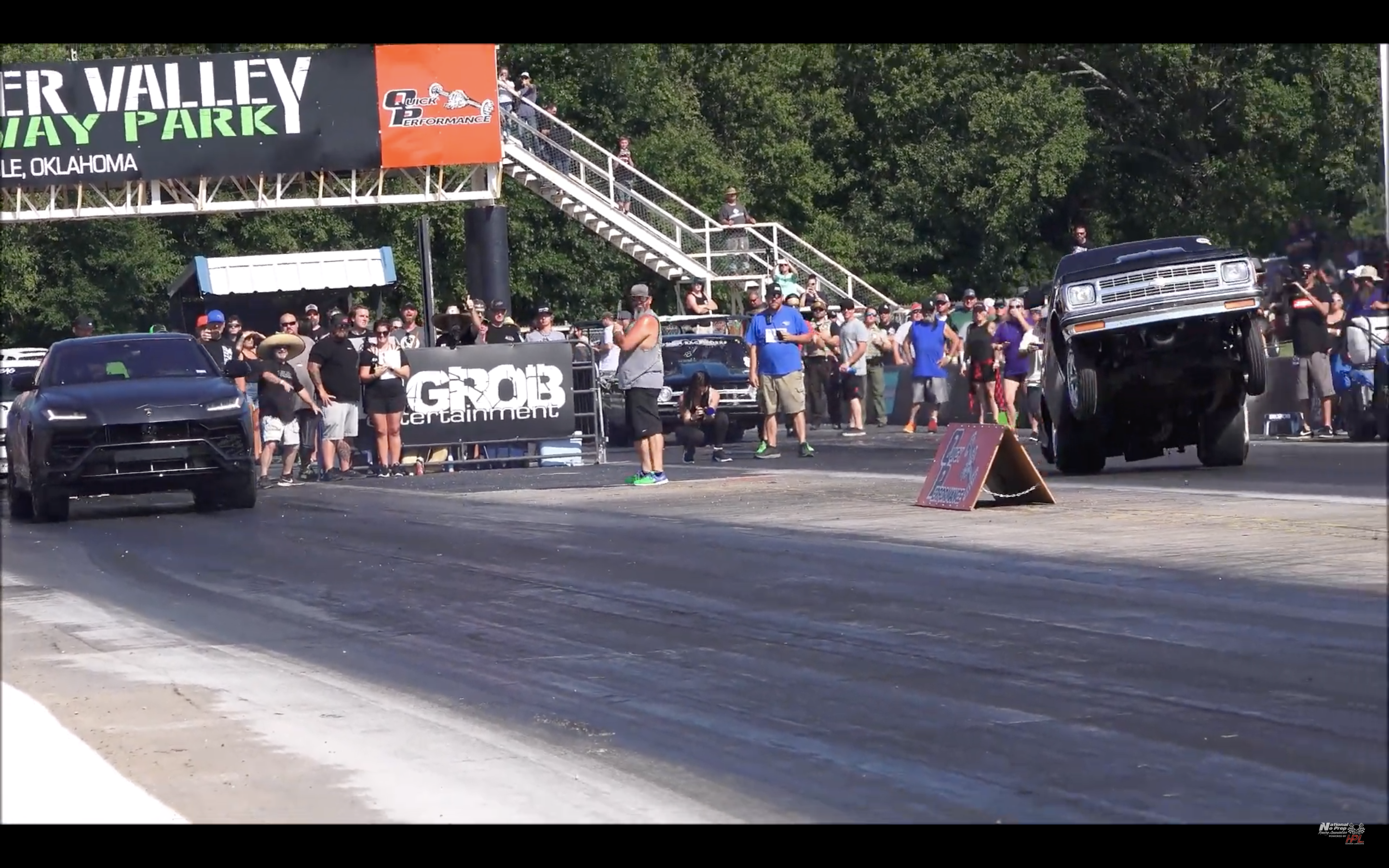 Someone brought their Lamborghini super SUV to Armageddon No Prep event. This rowdy Chevy Blazer tried to eat it alive…literally! 🤣 Skip to the 5:00 mark to get to the race.

“A lamborghini suv in the video will cost you over two hundred thousand dollars while a chevy blazer was less than twenty five new. Yet, both entered the tail gate class where the trucks raced in the armageddon no prep event at noble, oklahoma. Thundervalley raceway hosted the event and this matchup was interested before it happened because the lamborghini was being ran by hpp racing and they know how to modify cars well. In this case the lamborghini was mostly stock with all wheel drive which would have an advantage on a no prep surface. Who will rule supreme between the two? Check the video and see for yourself.”