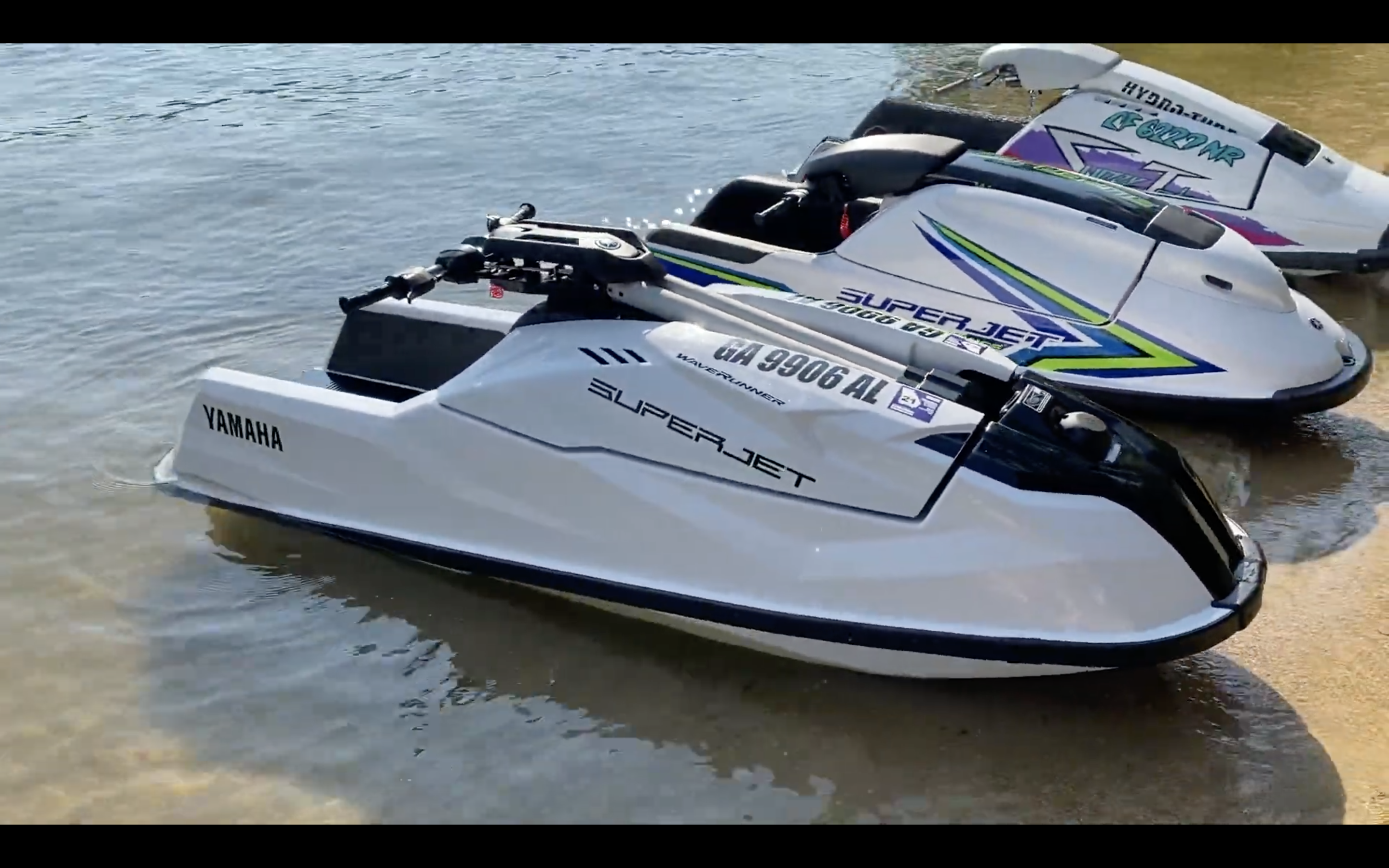 Finnegan got his hands on the brand new Yamaha Superjet stand-up PWC! In this video he is on a mission to see just how fast the new Superjet is. Watch as he takes the new machine through the paces while comparing features to previous generation Superjets.

“Yamaha has finally given the world an all-new Superjet stand-up personal watercraft and it rips! After 30 years of creating my favorite two-stroke stand-up, Yamaha created a clean-sheet design boat powered by the epic three-cylinder, 100hp TR1 four-stroke engine. The new ride does everything well and in this video I weigh it and every other generation of Superjet to see how heavy each one is and then I go wide open throttle to see how fast they are. ”

“The boat’s sales listing states that the hull is actually made of carbon fiber. Ironically, one of the most popular articles on our site in 2011 was about a boat rather than a car or an engine. That article focused on the now famous MTI built ZR1 Corvette themed speedboat, dubbed the “ZR48″, which was believed at the time to be powered by multiple supercharged LS9 engines. But we recently received a tip that the famous MTI ZR48 ZR1 Corvette Boat is now up for sale on OffShoreOnly.com, with a ton of specific details about the boat. From the listing, we learned that the boat is constructed of mostly carbon fiber, but isn’t actually powered by LS9’s. Instead it’s powered by dual Mercury Racing twin-turbo marine engines that make a combined 2,700(!) horsepower. And interestingly, what appears to be the top of an LS9 peaking thorough the very accurate-looking clear power blister on the top deck is actually an elaborate speaker pod that lifts up from the deck. It’s just one part of a massive 8,000 watt stereo system, which seriously ups the maximum off-shore partying capabilities. And that’s just the beginning of the ZR48’s features. It also has an ice cold 24,000 BTU air conditioning system to keep passengers cool on hot summer days, an Apple TV, and even has its own Wi-Fi network. Sounds pretty awesome, right? Well, awesomeness doesn’t come cheap: the ZR48 is listed for $1,700,000. But, at least it includes the trailer for that price. Check out the ZR48′s sales listing on OffShoreOnly.com for even more details on this righteous boat.”