StreetOutlaws star James Goad reveals his new ride for the 2021 season! Lets see what this rig can do in 2021!

“In this video we visited James Goad who is the driver of the Reaper car that went up in flames this past month. James has no quit in him as he went straight to work on a new car that he had been building for several years. After several setbacks with the car it is finally done and boy did it come in a great time. With over 700 ci of big block chevy power along with six kits of nitrous, this new car has the power to run on the street. The black chevelle in the video is the car that James had run in the drag week event back in 2012 and the car is back in a bigger way. James decided to run this car in the streets and drag week which is a test of car endurance and skill. James goes in depth about the particulars with the new car and its true purpose of it as well.” “Bacon Rotorsports / Lensanity FD holds the record for IRS equipped RX7 by busting into the 7s sec barrier in 2016. Here is some other shakedown passes from the previous season, as well as winning FIP class at IFO Atco back in October.” 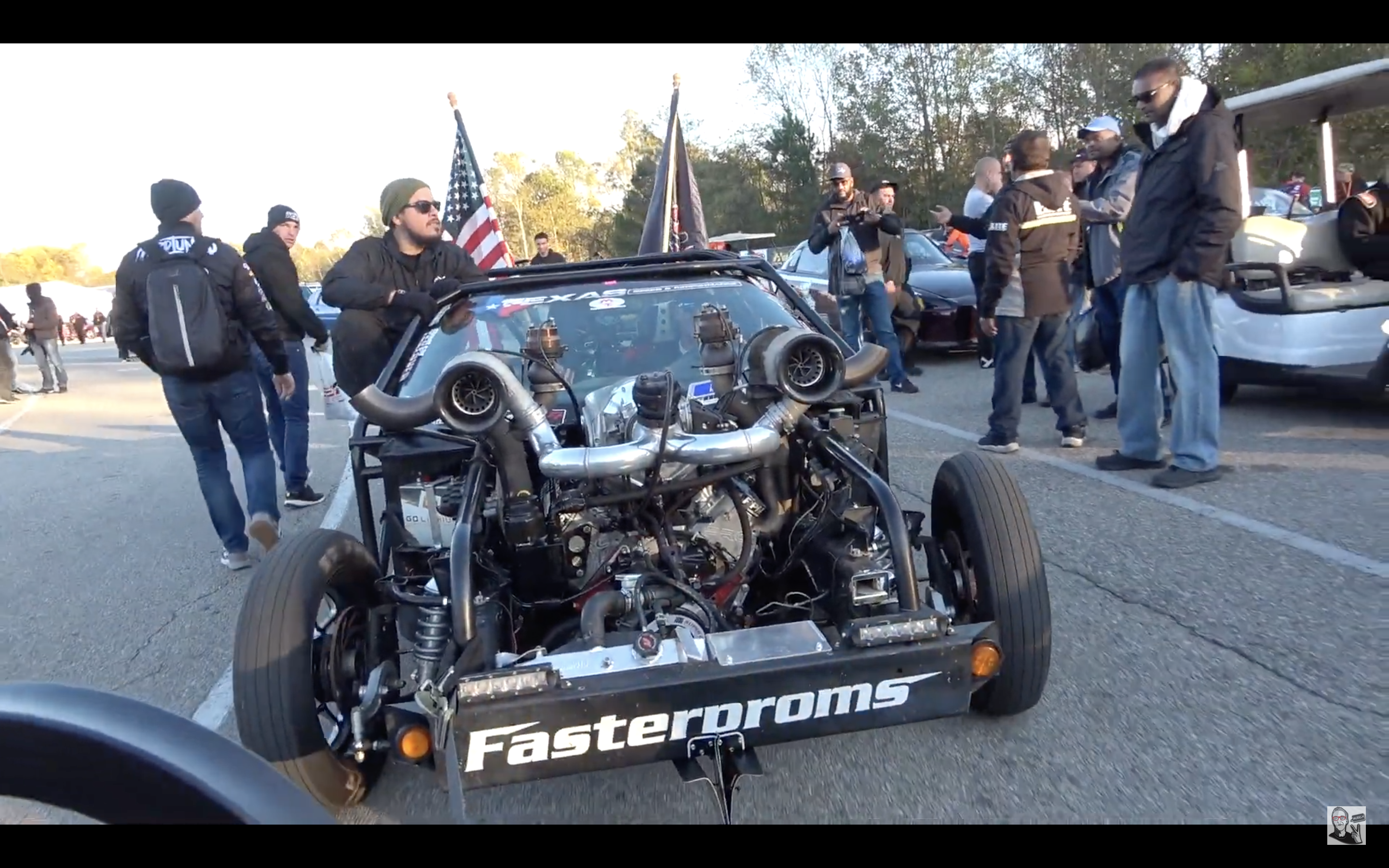 Can I get a “HELL YEA BROTHER”. Cleetus takes Leroy down to Budds Creek Maryland to compete in the Haltech Import vs. Domestic World Cup Finals! The guys had to do some digging after some early complications getting Leroy down the track. With some minor adjustments they were able to achieve a new personal best while landing a spot in the stick-shift shootout finals!
“LEERRRRROYYYYYY THE SAVAGE takes on World Cup Finals Import vs Domestic 2019!”
PICS: