The Queen of no prep Kayla Morton brought her blown Mustang out for some fun at Armegddon No Prep event in Noble Oklahoma!

“In this video we have the queen of no prep Kayla Morton in her blown mustang at outlaw armageddon held at thunder valley in Noble, Oklahoma. Kayla runs a big block chevy with a blown setup in her mustang which entered the big tire class where five thousand dollars goes to the winner of the big tire class. Kayla first took on fellow team texas team mate Eric Bain in his big block chevy from Steve Morris racing engines which is a lethal combination when paired with boost. Eric Bain is known as boosted ego and he lives up to the name with high boost runs and tricky driving. But, would it be enough to get around Kayla at armageddon?” 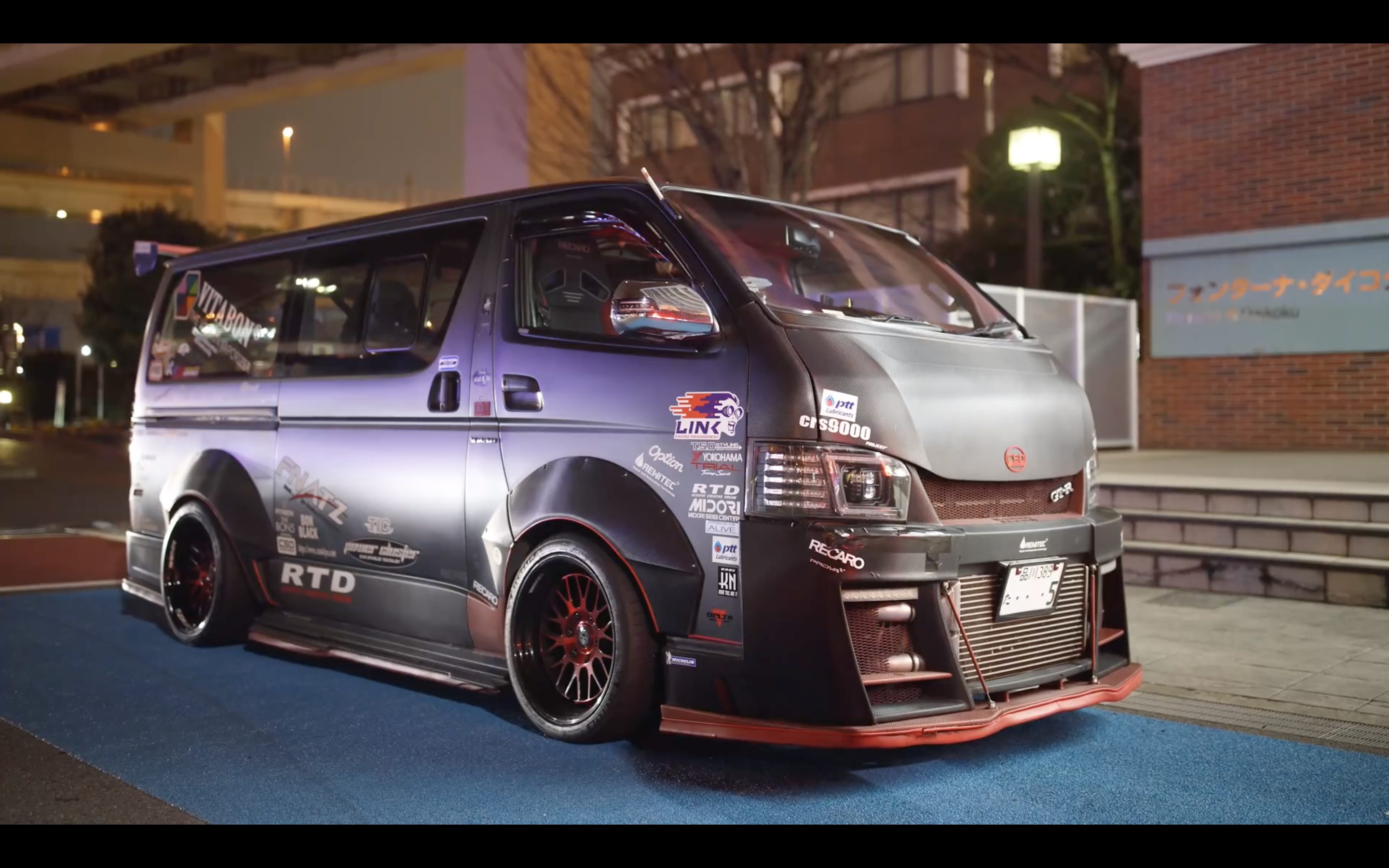 Welp, like the title said…Only in Japan! This sick genius managed to stuff an R35 GTR motor into a Toyota Hiace van mated to a diesel transmission and this baby rips! The place meant of the twin turbo GTR motor alone will make your jaw drop, then you get on to the 5 passenger Recaros and Widebody stance!

“The Toyota Hiace does a great job of hauling people around – no doubts there. But you know what a Hiace is really missing? A twin turbo, fire breathing v6 from a GTR. Said no one ever. But really, we’re ALL about the ridiculousness of this build. A Nissan VR38 (pulled straight from a R35 GTR) isn’t necessary for people hauling at all, but it sure is necessary for our general interests of automotive awesomeness. Through some clever fab work and sheer determination, this just became one of our favorite Toyota Hiace-es ever.”

Street Outlaws star Chuck ‘Death Trap’ gets a little loose on the top end and makes friends with the wall. Hopefully the damage is not too bad!