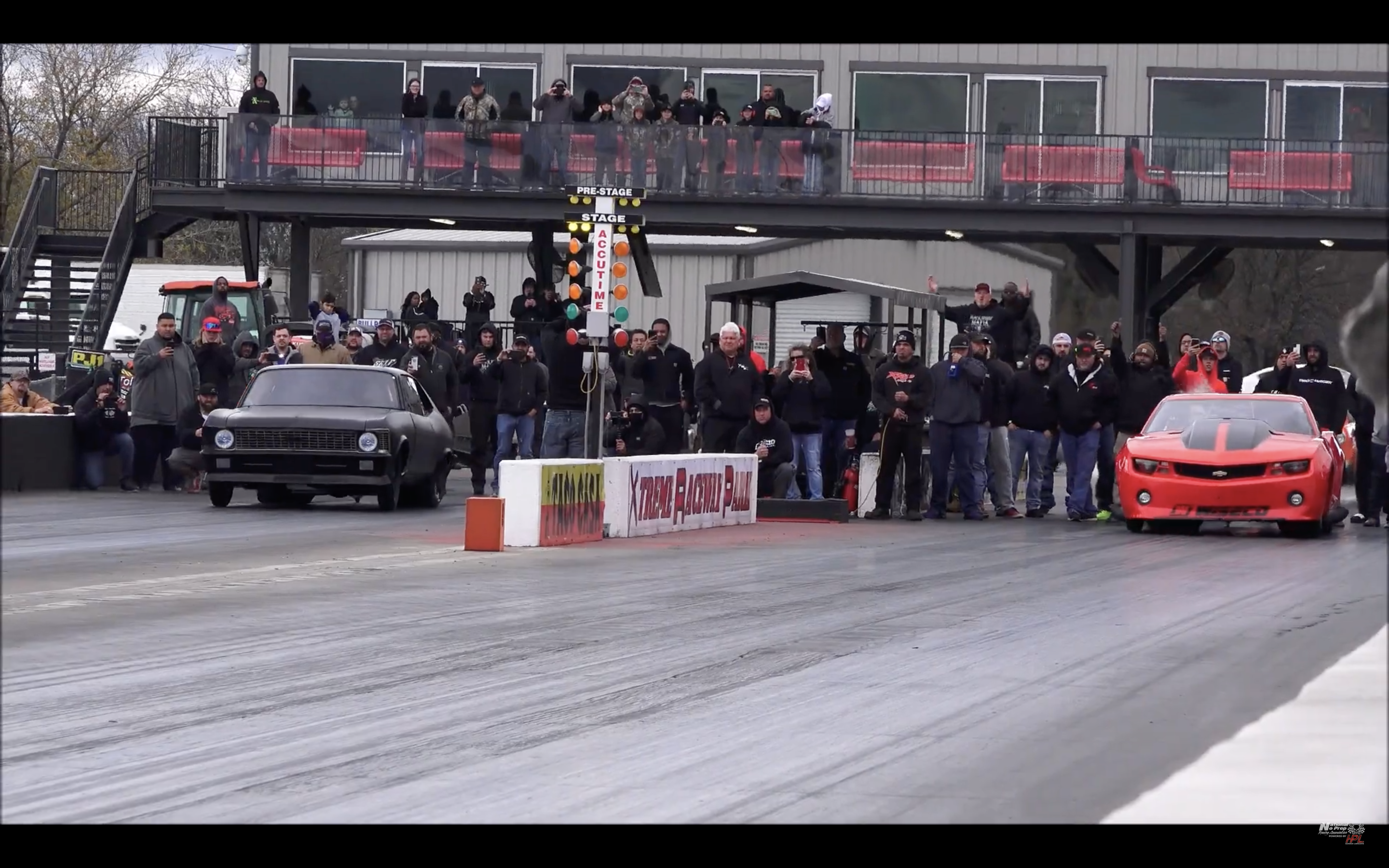 The Fireball Camaro has been on a roll lately, does the Murder Nova have enough to take the Cash? Place ya bets!

“In this video we were in Ferris, Texas for the Reaper all star race. It was raining all night and in the morning it was still raining. The temperatures were in the low forties and looked sketchy to go down a no prep track. But, this did not stop Murder Nova from going down the track with Ryan Martin in his Fireball Camaro. The two wanted to get a feel for the track after so much rain and were second pair out. With little to no rubber on the track the two street outlaws decided to grudge race each other and the results were an exciting drag race from the start to end. ” 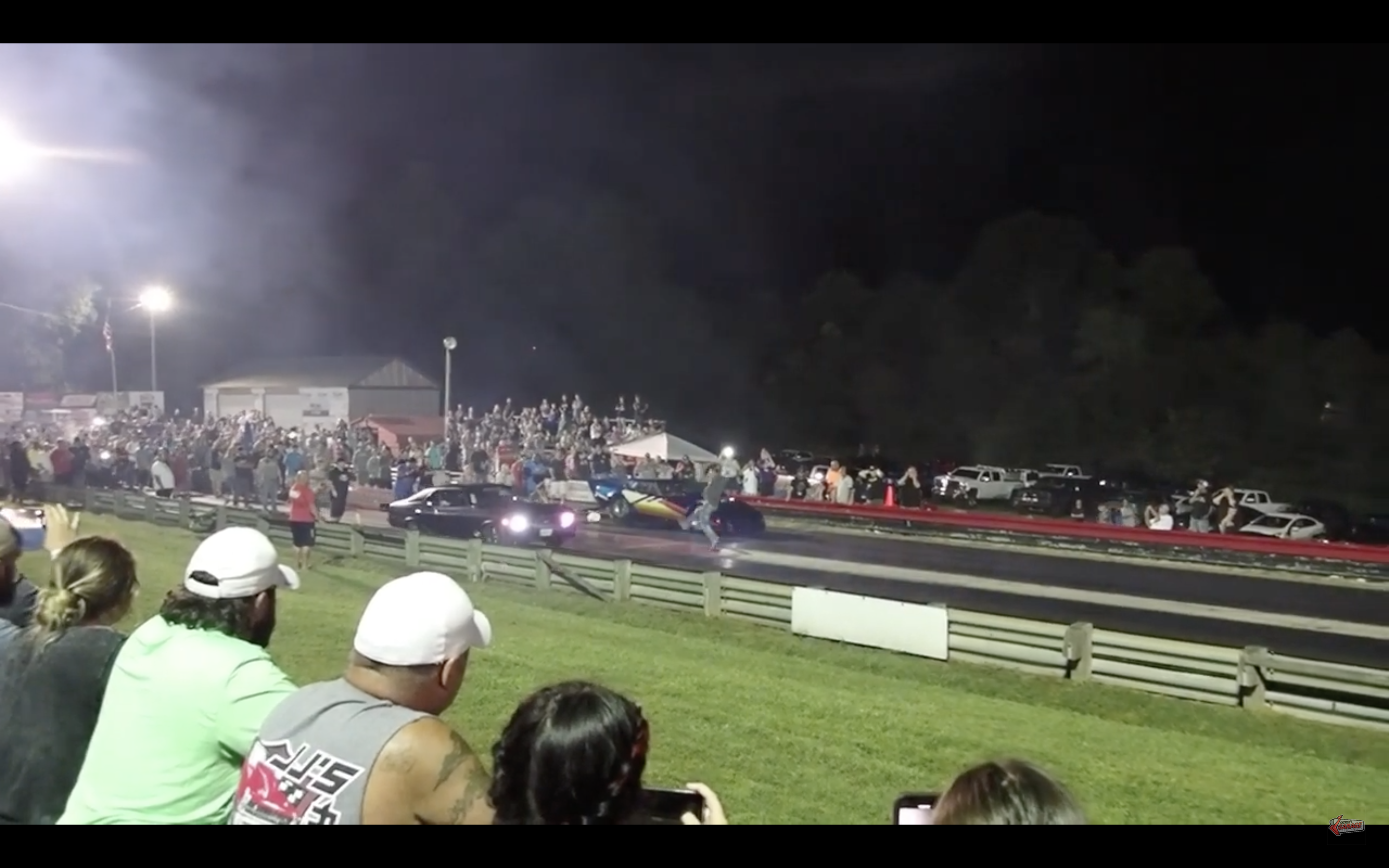 “Does this count as gapping a pro mod?”